Aaliyah Love’s Official Site has started 2012 on a hot streak! Some of the hottest scenes she’s ever shot have posted, including this awesome girl-on-girl scene with sexy Charity Bangs!

It’s January in New Jersey and you know what that means. Cold and dreary days and nights. But none of that matters when you’ve got a membership to the sexiest site on the internet, because Aaliyah Love is there to keep you warm and remind you of the summer days to come! 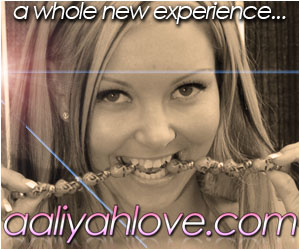